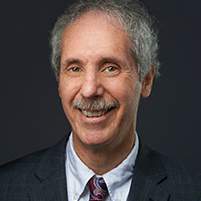 Arnold Shep Cohen concentrates his practice in private and public sector labor, employment, and employee benefits law. He has been practicing law for over 40 years and is a member of the New Jersey and New York Bars. He has twelve reported decisions with the New Jersey Supreme Court, has numerous reported decisions in federal and state trial and appellate courts, as well as numerous decisions from administrative agencies, such as the New Jersey Public Employment Relations Commission, the New Jersey Civil Service Commission, the National Labor Relations Board, the New Jersey Division on Civil Rights and the United States Equal Employment Opportunity Commission. He has negotiated a voluminous number of labor agreements and handled thousands of arbitrations and administrative hearings in various industries and levels of government.

Mr. Cohen writes and lectures extensively on labor and employment issues, including in the Rutgers Law Review. In 2005, he created the yearly seminarHot Tips in Labor and Employment Law, which he moderates for the New Jersey Institute for Continuing Legal Education (ICLE). This seminar normally has the highest attendance of all the ICLE labor and employment law seminars.

Mr. Cohen is listed in The Best Lawyers in America (Woodward/White), Who’s Who in American Law (Marquis), New Jersey Magazine, and New York Magazine, as one of New Jersey and New York’s top super lawyers. He has received Martindale-Hubbell’s highest rating of AV for over 20 consecutive years. He has received these designations based on peer recognition and professional achievement.

In 2013, Mr. Cohen was honored with the Good Corporate Citizenship Award by the United Negro College Fund. In 2015, he received the Distinguished Service Award for Excellence in Continuing Legal Education in recognition of the many hours of devoted service he rendered to ICLE. In 2017, he was named “Lawyer of the Year” by The Best Lawyers in America for employment law practitioners. In 2018, he received the Award of Merit from the Essex-West Hudson Labor Council, AFL-CIO, in recognition of his commitment to his community service and continued support of the labor movement. Mr. Cohen is a member of the Board of Trustees of the American Labor Museum, where he is the elected secretary. He is the host of The World of Workradio show broadcast weekly on public radio WDVR-FM, where he interviews guests about work, labor and business.

In 2018, Mr. Cohen won two precedent setting cases before the New Jersey Supreme Court. In In the Matter of William R. Hendrickson, Jr., Department of Community Affairs, it was decided that progressive discipline applies to a public employee who used a sexist and disrespectful gender slur about his supervisor. An Administrative Law Judge (ALJ) recommended that after a suspension, the employee should be reinstated to his former Civil Service position with the New Jersey Department of Community Affairs, and awarded back pay. The Civil Service Commission did not have the quorum needed to modify, reject, or adopt the initial decision of the ALJ, who heard the evidence and recommended the penalty. The Supreme Court reversed the appellate court when it interpreted for the first time the amended statutory law on quorums. It found that where there is no quorum at the Civil Service Commission, the ALJ’s decision is “deemed adopted.” It ruled for the first time that the “deemed adopted” decision must receive the same level of deference by a reviewing appellate court as does a Civil Service Commission decision made with a quorum.

In Communication Workers of America, AFL-CIO vs. New Jersey Civil Service Commission, the Supreme Court considered the New Jersey Legislature’s first exercise of its constitutional authority under the Legislative Review Clause of the New Jersey Constitution, which allows it to challenge the efficacy of an agency’s regulation. The Supreme Court struck down a proposed amendment by the Civil Service Commission to the New Jersey Administrative Code, which permitted the introduction of the concept of “job banding” at the Department of Transportation. This allowed a grouping of titles into a single broadband. Under the proposed rule, employees could advance between banded titles without competitive examinations, and the Appointing Authority would have discretion to choose among all the candidates who demonstrate the required competencies, rather than choosing from the three highest ranking eligible candidates, after an examination. This rule was struck down by the Supreme Court, which determined that a competitive examination was required for selection from among the three highest ranking candidates.

In perhaps his most significant decision, in 2001 Mr. Cohen won a decision at the New Jersey Supreme Court in State vs. International Federation of Professional and Technical Engineers, Local 195. This decision reversed antiquated precedent dating back 150 years regarding the common law doctrine of “no work, no pay.” It found that public employees who are unjustly deprived of work opportunities are entitled to back pay as a remedy from an arbitrator. Prior to this case, they would not be entitled to back pay unless they actually worked.

Write to Arnold Cohen at asc@oxfeldcohen.com